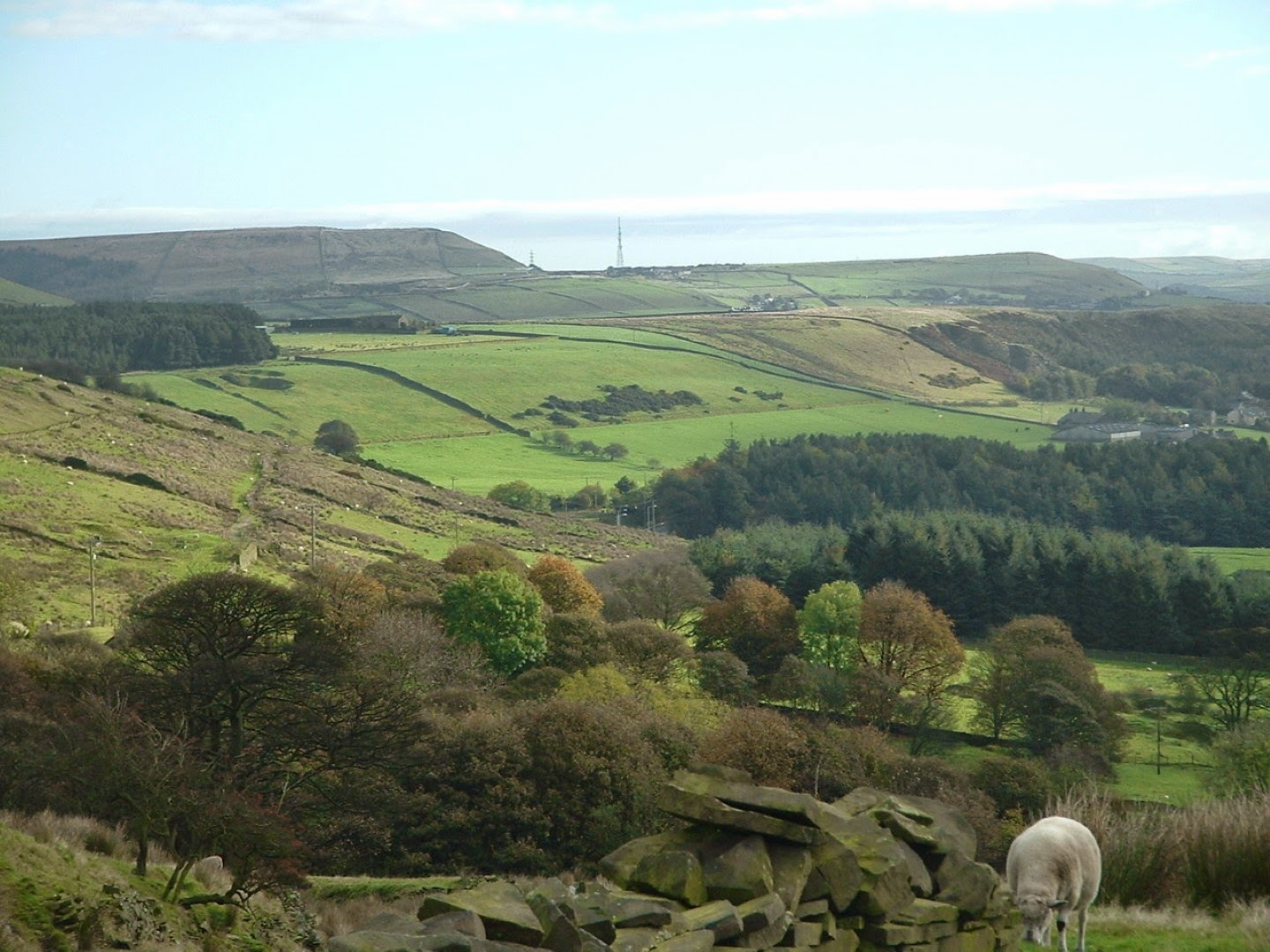 Cridden guards you from the East,
It was that Hill of Stags,
A beacon fires to Hameldon,
But walk o-er bridge upon a Cloud,
To a point that tips the Crown
Before you came to Play the Deer,
Down and ordered Back – Up again,
No Stags upon them hills away,
No antlers hung by Stags heads
For riches lie within thy peat,
Hazel shouts whilst birches shine like silver,
***

Vibrato cries with Curlew’s mourn,
Gruffs and Roding beats of drumming snipe,
This time when honeydew rushes ripe,
Along this god forsaken place.
***
Those becks that sent that gin to bloom,
That helped to power many a loom,
So precious to the marigold,
And sparkles to the stickleback
I can breathe, I can sip, I can swim, I can rejoice,
To a place what’s given this town its voice
***

(Explanation if preferred)
The general area to where the poem relates is in the main the hill to the East/NE of Haslingden in Rossendale, Lancashire which are high grounds and part of the Pennines.

Photo: Cribden Hill is the hill to the top left hand side and at the summit is around the 1317ft (Trig Point)

Relates to Cribden or Cridden or Keirudon = The Hill of Stags in Haslingden or (Hazeldene),
Beacons Lit on Cribden to signal: Hameldon, Pendle, Thievely Pike and Blackstone Edge.
Then walk over the top of Cribden and across to Clowbridge, (Bridge upon a Cloud)
Onward to the top of Crown Point (Point that tips the Crown)
Then further up still to Deerplay, where the deer played and played and played,
And they played all the way down into whats now Bacup,  and soon came (Back up) again.
Staghills, Stacksteads (Relevant Deer (Stag) naming areas closeby to Bacup)
Peat should include historic Stags, Deer, Silver Birch and Hazel Trees.
Reference to local Cribden topography and local landmarks upon its sides eg: Pinner Caves, Top O'th Slate Caves and Mining Shafts on the head of Cribden now smothered in its Moor Grass.
The haunting calls of Curlews and summer drumming snipe, that lovely sweet smell from the fields below. The waters from Cridden gave the first food to thirst, then it powered the industry in the vale, and freshened flora and fauna alike.  Haslingden  or (Hazeldene) was built on the sides of and lived by the fruits offered by Cridden.

At one time I worked in the Duckworth Clough Quarry which was blasted out for its fine Millstone Grit.  The quarry was later used for "landfill" purposes.  I remember on a couple of occasions being told by reliable persons that there was a preserved fossil of a Red Deer somewhere in the sedimental layers of stone within that area.  Never checked it out at the time!! SHAME....... 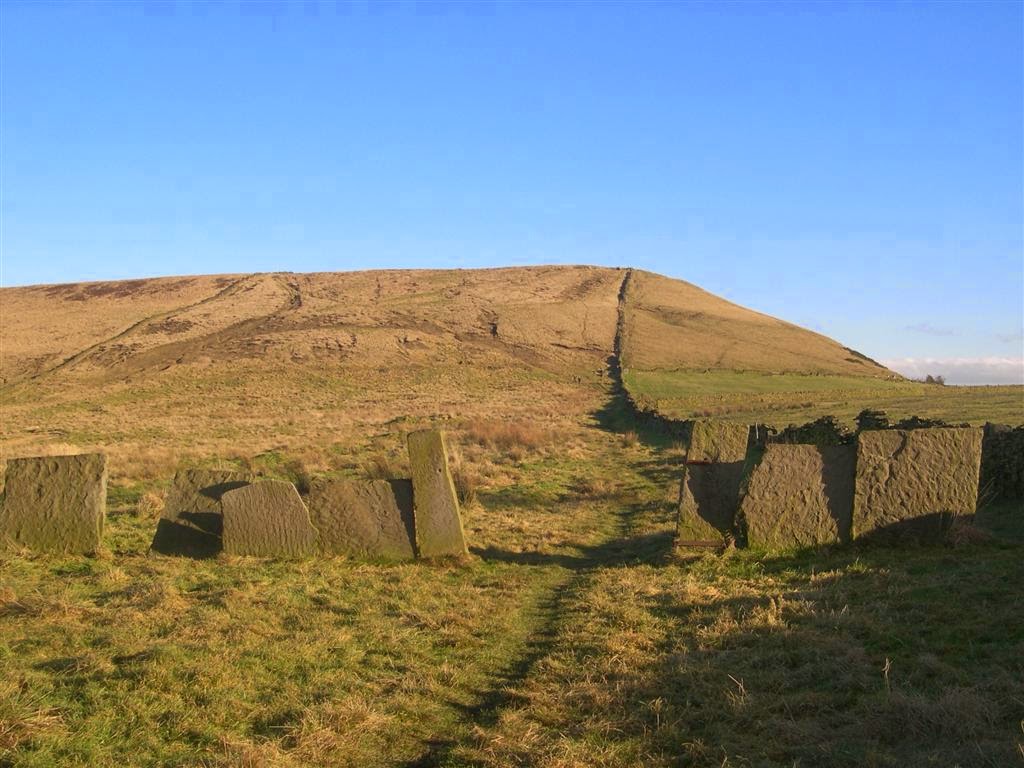 Dose them sties with iron watter lad,
It’ll shift them quickly I know!
Those were the words uttered by my father,
All them years ago, in fact sixty two years ago
And off we’d go o’er Sherfin to find that Brown stuff,

A calls it Brown Stuff or iron watter,
But being honest It was something magic,
And it always worked within twenty four,
It took them sties away and before long
I never had to go no more….

(this is purely another nice memory I have of the past and although the iron water did work for me, I am not advocating that anyone else should try it.")


AN INTERESTING BLOG THAT FOLLOWS ON FROM HERE EG: SWINNEL BROOK THE TOWNS MOST IMPORTANT ASSET CAN BE VIEWED BY CLICKING HERE.